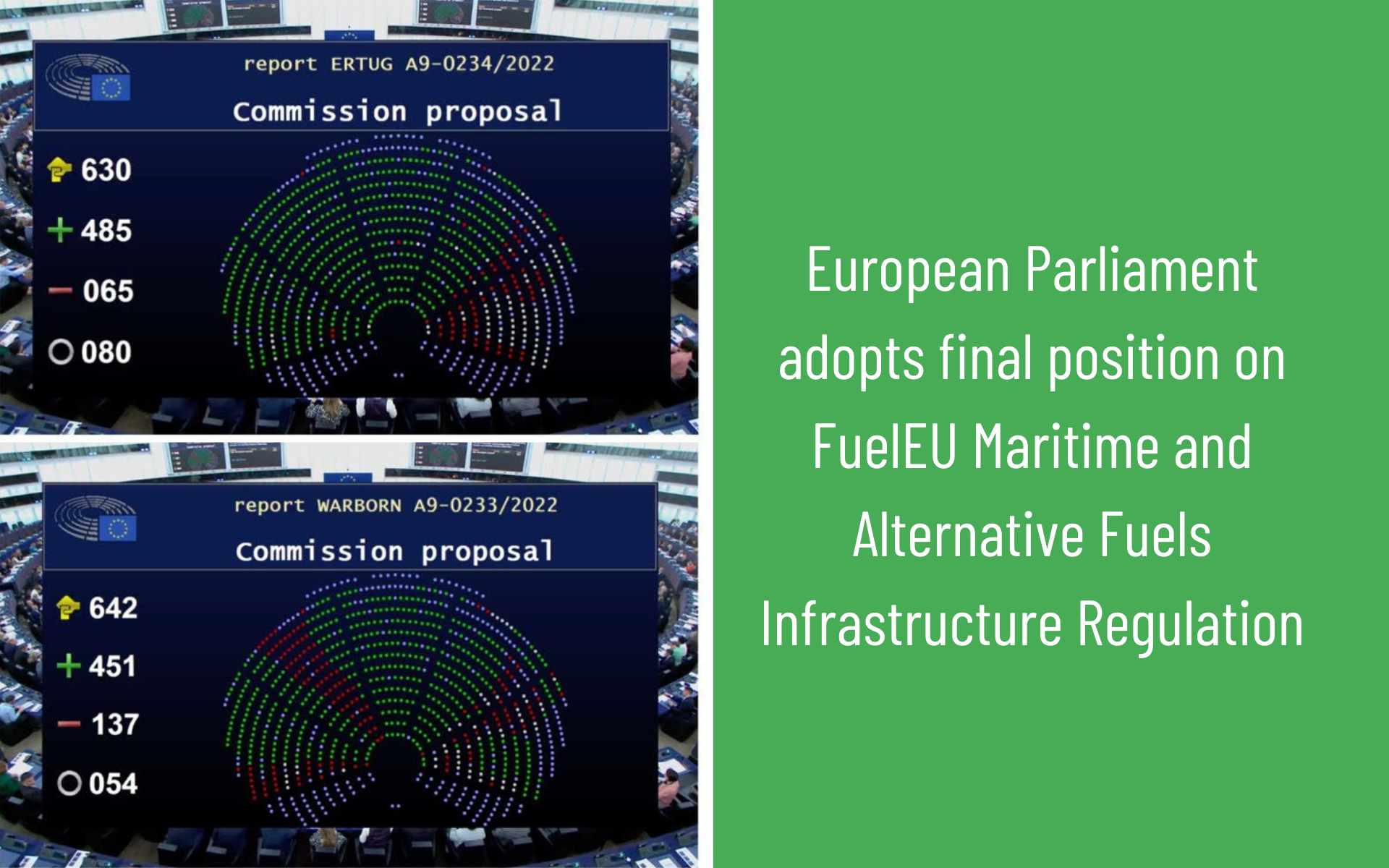 Yesterday, the European Parliament adopted positions on the so-called FuelEU Maritime and the Alternative Fuels Infrastructure Regulation (AFIR) – both part of the broader Fit-for-55 package released in 2021 – at a plenary session in Strasbourg.

The FuelEU Maritime report, which was voted with 451 votes in favour, introduces a 2% sub-quota for Fuels of Non Biological Origin (RFNBOs) for the maritime sector by 2030 and more ambitious targets when compared to the proposal made by the European Commission. Against this context, the Parliament calls for the maritime sector to curb its greenhouse gas emissions by 6% as of 2030, 38% as of 2040, and 80% as of 2050.

The legislation would apply to 100% of intra-EU voyages and 50% of extra-EU voyages for all vessels above 5000GT and provides for penalties when companies are not compliant with the above requirements.

Yesterday, the European Parliament also adopted its report to amend the European Commission’s proposal for AFIR.

The report promotes specific provisions for use of alternative fuels in airports and maritime ports, incentivising the phasing out of fossil fuels and the increase of renewable fuels as an alternative, including CO2-based synthetic fuels.

The legislation will now move into trilogue negotiations (between the European Commission, the Council of the European Union and the European Parliament), and their final adoption is expected during the first quarter of next year.

Over the next months, we will keep monitoring the effectiveness and future implementation of these legislations, which we consider important steps towards a larger deployment of CO2-based fuels (Power-to-X) in different sectors, including shipping.