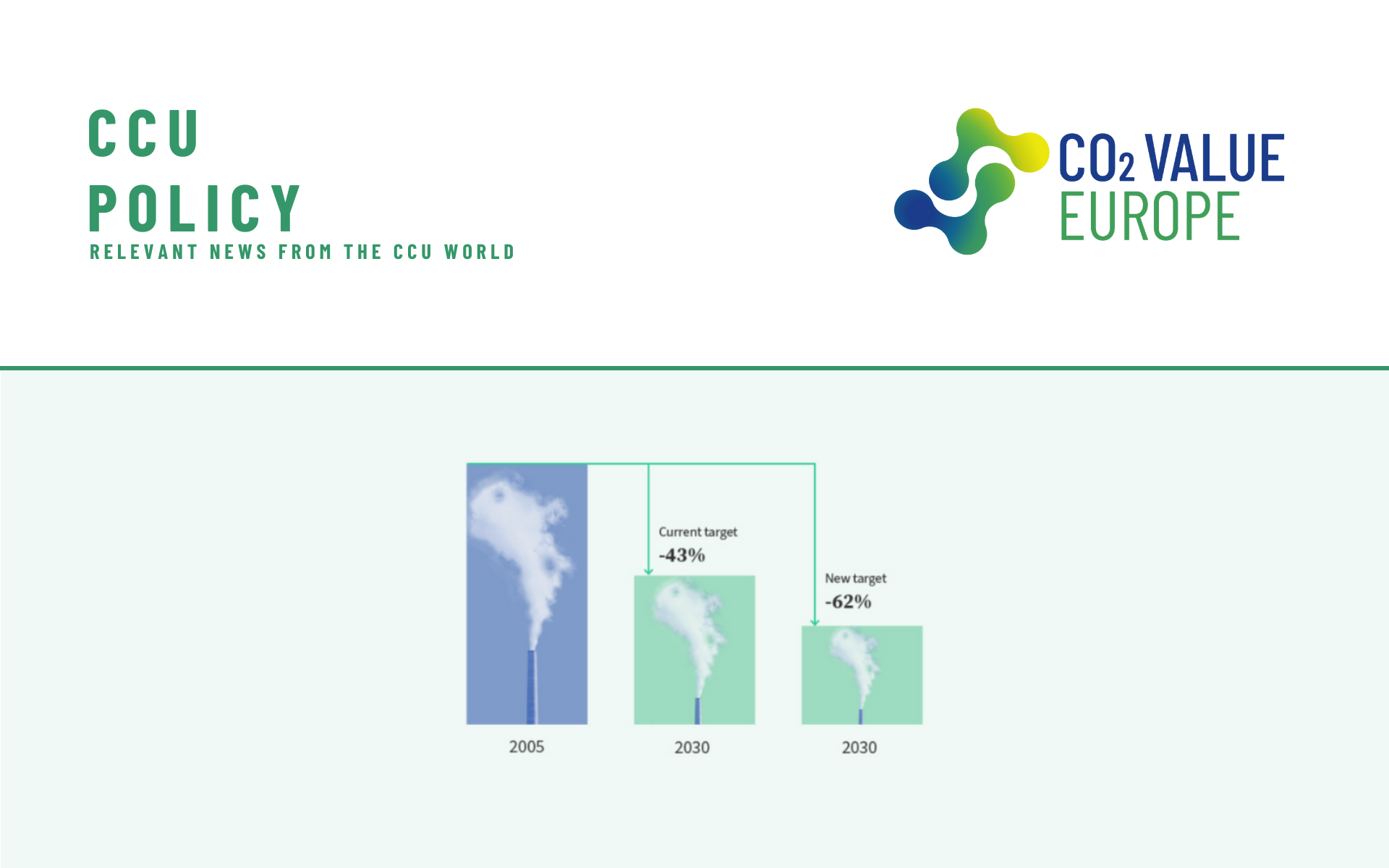 Over the last weeks, EU policymakers have struck several major deals in interinstitutional negotiations (known as “trilogues”), with immediate and unprecedented implications for Carbon Capture and Utilisation (CCU) projects.

The week before, the EU also agreed on a new carbon tax at its borders, referred to as Carbon Border Adjustment Mechanism (CBAM). CBAM aims to create a level playing field for producers inside and outside Europe. It is in essence a carbon tax for products made outside Europe to make sure there is no carbon leakage (importing products from outside Europe which do not respect EU climate standards). Key figures:

The EU also agreed on new rules for ETS in aviation:

More Fit-for-55 legislations are expected to be adopted in the coming months to complete that regulatory framework.

This first set of agreements is nonetheless a major step in the right direction and confirms the place of CCU in the EU’s energy transition strategy. Those different legislations are now being formally adopted and will be implemented in the coming months.

The CCU community looks forward to contributing to contribute to reaching climate goals with a new regulatory framework in place.